2014-15 Executive Board and Residents

After having lived in the house for only a semester, Sarah was totally won over by the house dynamics and the types of change the Wick makes on campus; she'll be moving forward with Michelle Howell as one of the 2014-2015 Co-Directors! Sarah's an active member of Alpha Delta Theta sorority, and she's seen her view of Greek life transform as a result of living and working in the Women's Center, often taking a more critical approach to Greek organizations generally but also finding a deeper sense of community among her sisters. As a history major, Sarah will write her senior thesis in the fall, and has found that the lens of gender in the discipline of history has increased in importance and validity for her as she seeks to take an approach to historiography that's equally as relevant to her present interest. Sarah looks forward to an incredible and exciting 2014-2015 school year!

Michelle believes every human being is equal. After her first women's studies class, her eyes were opened to the normalization of discrimination in our every day lives. She refuses to accept this and is now devoted to fighting for a world full of equality. Her anthropological studies help her to better understand the stigmas and stereotypes that inhibit people everyday from their human rights, and she hopes to use this understanding to help those whose rights have been stolen. During her time at Sewanee she has been involved with the Sewanee Outing Program, Greek Life, Outreach Program, Athletics, and various other organizations. Like the co-directors before her, she is honored to continue building a foundation for this movement that comes with sacrifices, criticisms, and perseverance. She hopes to empower individuals so that everyone will know their self-worth because "everyone deserves a parade."

Sally is a junior from Nashville, Tennessee. She majors in English and minors in Spanish and in Women's and Gender Studies. She works as a Writing Tutor and a Writing Fellow and has been involved in the Sewanee Outing Program, Greek Life, and other organizations on campus. She is interested in helping advance the conversation about sexual health and sexual violence in particular. With her English major and love of the written word, she is so excited to help lead the Wick's feminist book club and assist with events focusing on writing as catharsis and a form of empowerment. She can't wait to see you in the Wick this year!

Emily is a junior this year but will only be in her second year at Sewanee after having transferred after her freshman year. In her first Sewanee year she performed in the Perpetual Motion dance show as well as Sewanee Monologues, both of which she plans to perform in again in the future. She also became involved in the Outreach program and participated in the NYC spring break trip. The trip focuses on HIV/AIDS awareness and activism, with the Sewanee students volunteering at the first organization created in the 1980's to respond to the AIDS epidemic, the GMHC. Emily hopes to do more work with the GMHC and perhaps to participate in the Sewanee trip again. This summer Emily interned at the Women's Resource Center to End Domestic Violence in Decatur, GA, an experience that only confirmed her passion for women's issues and her desire to pursue a career of feminist activism. This school year she will also work with the EQB team to address the intersection of race and gender within Sewanee's campus community.

Mary Graham Harvey is a junior and English major. She is going abroad in the fall of 2014 on a study abroad program called European Studies during which she will study at Oxford University in London and travel throughout other parts of Europe. During the spring, she will live in the Women's Center for her second year as a resident. She has a particular passion for psychology, therapy, and art. Her passion is to promote a holistic and healthy lifestyle among college students in order to prevent destructive behavior. In terms of women and gender issues, she is particularly interested in the media and its effect on body image. She enjoys hiking, running, painting, and watching documentaries in her spare time.

Davante’s passions lie in serving those who are unable to do so for themselves and ensuring that every voice is heard and every perspective seen. Anticipating his residency and membership on the Women’s Center Board, Davante hopes to acknowledge the importance of men’s involvement to reach human equality. After being immersed into such a feminism-fueled environment, he learned that this was something he wanted and needed to be a part of – in addition to his work with the African American Alliance (AAA: “triple A”), CrossFit Sewanee, and Gamma Sigma Phi Fraternity. This year he hopes to bring men into the feminist efforts to end gender inequality, sexual assault, and violence not only toward women, but men as well, simply because we are all humans.

"Together men and women are the two wins of a bird - both wings have to be not wounded, not broken, in order to push the bird forward." -Sima Samar chair of the Afghanistan Independent Human Rights Commission. 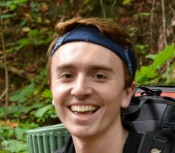 Cullen is a junior and will be spending the Advent semester studying abroad in the Galapagos Islands. On campus he has been involved in the Sewanee Writing Center, ResLife, and the SOP. He is interested in the intersectionality of race, gender, and sexual orientation and combating issues related to these identities at Sewanee. He’s also one of the funniest people that you will ever meet.

Alli Smith is a junior from Charlotte, NC. She is majoring in Psychology with minors in Women's Studies and Education. In addition to living at the Women's Center, Alli serves as the Co-Editor in Chief of Her Campus Sewanee and is involved in Catechumenate. She is also a member of the Theta Pi sorority. This summer, Alli interned at Thistle Farms, a social enterprise for women who have survived addiction, prostitution, and trafficking. Alli is passionate about making feminism more accessible to all members of Sewanee's community. She would like to focus on issues that affect us all, like positive gender relations, sexual assault, and sexual health. Alli enjoys palates, painting, Netflix, and needlepoint.

Martha is a sophomore and is studying politics and women's and gender studies. She is primarily interested in preventing sexual violence and eradicating the victim-blaming stigma that surrounds it. She is also dedicated to spreading the message of feminism and teaching people why it is beneficial to people of all genders, races, classes, and sexual orientations. She is passionate about promoting healthy body image and body positivity so that women may be empowered to rise above the culture that tells them that their appearance is the most important thing about them. Martha is on the varsity soccer team, a member of Phi Kappa Epsilon sorority, and a writing tutor.

Gracie is a sophomore who enjoys art, horseback riding, working with children, the Episcopal church, and nature. She plans to pursue a career in museum curation or art education with a focus on ancient Greek and Roman culture. In high school and during her time at Sewanee, Gracie has been involved in service work with at-risk children and at Blue Monarch, where she helps teach writing to women recovering from addiction and abuse. She plans to turn her involvement in social justice issues and activism, particularly focusing on education and women’s issues, into a lifelong pursuit. At Sewanee, Gracie is involved in Greek life, tutors at the Sewanee Writing Center, serves as an Arcadian, and studies art history as the inaugural recipient of the Guarisco Scholarship for Art and Art History. She wants to focus her year at the Wick on community outreach, spreading awareness of global gender issues outside of the Sewanee bubble, and helping to make feminism accessible to those who are uncomfortable with it. Gracie thinks that her upbringing in conservative Mississippi has given her an interesting outlook on social issues and has inspired her to improve gender relations in her state. YSR!

Kathleen was born and raised in Richmond, which is probably the best place she can think of to grow up, but she didn’t receive any substantial exposure to feminism until she got to Sewanee. The Wick opened her eyes to so much positivity. As she realized how many problems existed in our country and the world as a whole for marginalized groups, the Wick exposed her to immense positivity about the momentum of change and how Kathleen can help. She loves that it makes her and others feel like we can effect real change and that our thoughts and feelings matter. For the Wick this year, Kathleen wants to think about one multi-faceted focus: respect. While this conversation is certainly not new, Kathleen thinks we have become deaf to conversations about respect and so maybe we need to figure out a way to redesign and therefore re-energize this conversation. Kathleen loves Sewanee and she wants it to be a place where people aren't gossiped about behind their backs, excluded, or made to feel like they don't belong.

Kathleen credits much of her energy and passion to her role model and mother, Dr. Catherine Kelso. Kathleen describes her story:

“Dr. Catherine Kelso is probably the most inspiring person I know. After being told that if her parents were going to send any of their 6 children to college, it would be her brother (the oldest boy), Catherine went to community college and then worked her way through a four year university before putting herself through nursing school and finally becoming a doctor after even more school and years of residency. After incredibly hard work all through her 20s and 30s, she became part of the staff at VCU Medical School and then went on to become the Associate Chief of Staff of Hospice and Palliative Care at the McGuire Veterans Affairs Hospital. Then, she got involved in the legislative system regarding the VA and spends some of her time working as an expert consultant on proposed medical policy and helps to better the system of Veterans affairs. She did all of this while supporting her marriage and parenting me and my twin siblings, Harry and Victoria. She goes to all our sporting events, concerts, art shows, makes cookies for school events, and volunteers extensively. She is the kindest and most open person I know and manages to maintain that demeanor without being anyone's doormat. Basically, my mom is a superstar who has the patience of Job and the drive of Hilary Clinton, she just doesn't give up. All of the things I am passionate about I owe to her, because she taught me so much of what it means to care about something and to care about others--it means taking action.”

Kathleen loves pretty much all sports as well as painting, hiking, singing, dancing, biking, and writing. While she doesn’t get to devote near enough time to each of these interests, she loves that she is not wholly devoted to just one thing. The West Wing is, hands down, her favorite TV show.

M.C.’s interests in human rights, international development, and environmental conservation, particularly in Africa, have her looking towards a major in International & Global Studies. As a Wick resident, she is passionate about fostering positive self-image among students and the Sewanee community as a whole. M.C. hopes to bring even more enthusiasm to the Wick this year for equality and positivity!

Around campus, she is involved with the Outreach Office, Greek Life, and PRE.  The past three summers she’s worked as a counselor at the same all-girls, summer camp she’s attended since 9 years old.  M.C. is also grateful to have interned with the Women's Democracy Network in Washington D.C., focusing on increasing women's political participation across the globe.