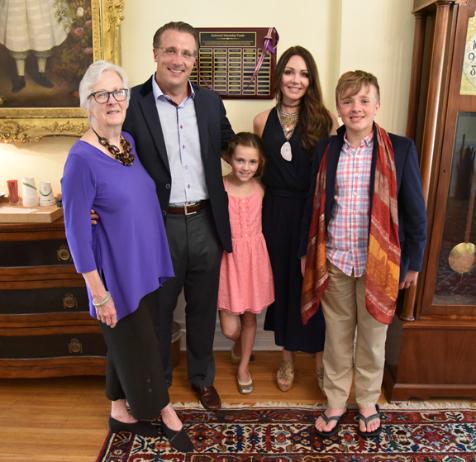 The Stronger Truer Sewanee campaign will raise resources that ensure access, value, and opportunity for all students—in the college and seminary—through handsome expansion of financial aid resources that help hold the line on the cost of education and broad expansion of funding for career-shaping internships. This story shows how gifts are already transforming Sewanee, ensuring access, providing value, and securing opportunity.

On an alumni survey he submitted in 1967 as a graduate student at the Harvard Business School, Alfred (Duke) Waddell, Jr., C’61, answered the question about his accomplishments to date this way: “Virginia learned to talk, Duke (Alfred III) to walk: that’s all so far.”

“Duke never would have gone to Harvard had it not been for J.E.T. (Sewanee Economics Professor James E. Thorogood),” says Clara Waddell. “When Duke came to Sewanee, J.E.T. said to him, ‘You have a talent for this work. You need to stick with it. If you will work hard for me for the next four years, I will get you into the Harvard Business School.’” Duke did, and J.E.T. kept his promise. Clara notes that J.E.T.’s letter of recommendation was sent only a few months before he died. “Had Professor Thorogood died six months earlier, our lives might have been very different,” she says.

Harvard was a game changer for Duke. Following graduation, he returned to Memphis to run an innovative enterprise with U.C. Leasing. Later, Waddell and family moved to Atlanta, New Canaan and Philadelphia, where from 1971 to 1983 he worked for Gable Industries, ultimately holding the dual positions of Chairman and CEO of Hajoca and CFO of Flintkote.

“At the time of his election, Duke was one of the youngest CEOs of a New York Stock Exchange listed company,” says Clara, “but pressures mounted, and he was unwilling to sacrifice his family, so he sold his interests and exited the fast track.” 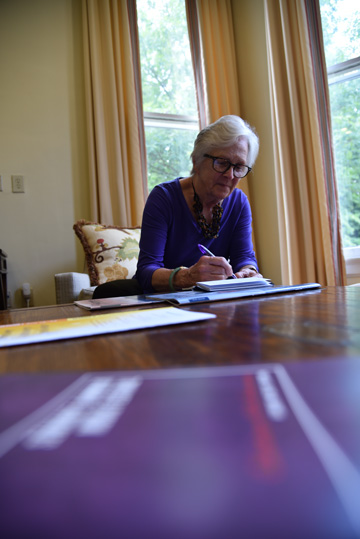 Now Clara and the Waddell Family are honoring the pivotal teacher-student relationship shared by Duke and Thorogood through a newly endowed internship at Sewanee. The Waddell Family Internship in Business Honoring Duke Waddell C’61 and Prof. James Edward Thorogood C’35 will begin supporting students who find great summer internships that are otherwise unpaid.

“Duke always intended on our making a testamentary gift to honor what J.E.T. and Sewanee did for our family.  Not long before he died, Duke and‌ I had a conversation about the gift.  He told me, ‘Clara, don’t wait, go ahead and make the gift to Sewanee so you can enjoy watching it enhance the lives of the students.’ With help from Robert Black in the advancement office, David and I were able to design something we feel captures the spirit of Duke’s intent.

“By endowing an internship, we hope to advance career opportunities for eligible students. When David was here, he received a Tonya internship that he used to subsidize an internship with NFL films.  It was a great experience, and wouldn’t have been possible without the Tonya.”

“Actually,” says David. “When I applied for a job with NFL Films, they said, ‘do you know how many people apply for these positions every year?’ I said, ‘I’m sure it’s a lot, but I will work for free because Sewanee is paying.’ That made all the difference.”

After Sewanee, David worked for Charles Schwab and earned an MBA from the Olin Graduate School at Babson College. He is now CEO of Waddell & Associates and makes frequent national media appearances, a capability he attributes to his liberal arts education at Sewanee. The firm currently ranks twenty-ninth on CNBC's list of Top 100 Wealth Management firms.

“Sewanee has made a huge contribution to our family,” says Clara. “Duke got his start through a great education but also a special relationship with J.E.T. David received a wonderful liberal arts education at Sewanee and has continued to build on that legacy. We have thoroughly enjoyed this philanthropic process with Sewanee, and we can’t wait to see what Sewanee students accomplish with a little help from the Waddell Family Endowment.”