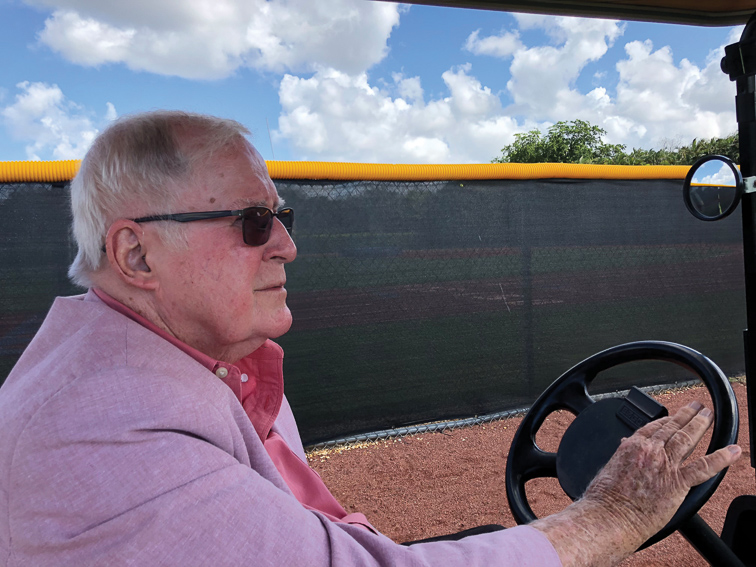 When Bill Laurie, C’52, was a young person, he struggled in school. After he graduated from Sewanee, a chance meeting introduced him to a leading education theorist of the day and opened his eyes to why he had been having trouble. He was dyslexic, a condition that was just becoming known in the mid-1950s.

Energized by this new knowledge, Laurie entered graduate school, earning a master’s degree in education. Then in South Florida, he began a tutoring service for children with mild learning disabilities. Soon, that tutoring business became a full-fledged college preparatory school, where gifted, typical, and challenged students thrive. Results indicate that American Heritage School, with two campuses and a program that considers the whole child, is one of the best private high schools in the country.

But more than that, William Laurie is a whole person, building an enterprise from scratch in the Florida scrublands that lifts up everyone who is involved, from the construction workers who build the buildings to the teachers and students. Laurie is loyal and benevolent, keenly aware of the relationships that lead to business and educational success.

By his own admission, Laurie graduated last in his class—a claim that cannot be verified by the Registrar’s Office—admitting he might have been a late bloomer. Nevertheless, he is loyal to Sewanee.  Gifts to Humphreys Hall and the Laurie Scholars program are in his portfolio. He also purchased the Kappa Sigma house, restored it, built an addition for the University Archives, and donated it to the University. He has been instrumental in creating, along with his lifelong friend Tam Carlson, C’62, the Ralston Listening Library. Laurie has made a magnificent gift to the Stronger Truer Sewanee campaign and is among the top living donors in University history.

Read more about Laurie in the Fall 2018 issue of Sewanee magazine, and think about the idea of the whole person in the stories that follow in Impact. In one way or another, each story deals with relationships and the whole person, that secret sauce that enables a university or a society to thrive.