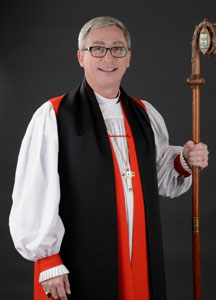 Skirving, a native of Ontario, Canada, was ordained and consecrated as the eighth Bishop of the Diocese of East Carolina on November 8, 2014. He has been a member of Sewanee’s Board of Trustees since 2014 and the Board of Regents since 2017, and received an honorary degree from the University in 2015.

During Howard’s tenure as chancellor, Sewanee enjoyed increased recognition as a leading national liberal arts institution, as well as growth in the influence and reach of the School of Theology.