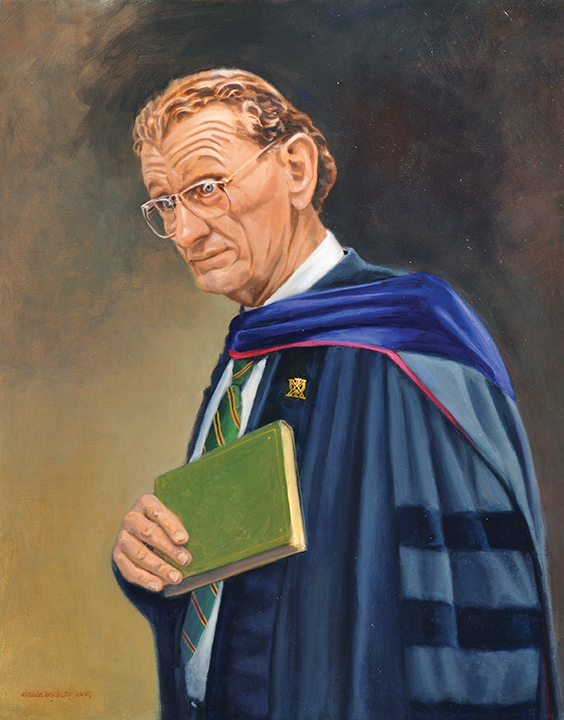 In September, longtime Spanish Professor Dr. Eric Naylor, C’58, passed away, and the campus community mourned and remembered his legacy. He touched the lives of so many in so many ways, not only in Sewanee, but in Spain, in a community where he annually studied and contributed to civic life.

One of Naylor’s most prized possessions was an elaborate toolbox that was built by his grandfather over a century ago. The toolbox was prominently displayed in his living room, along with the prototype of a hand-held mechanical sower—the likes of which is still on sale in farm and garden stores around the world—invented by that same forefather.

For someone fascinated with tools, it is fitting that in making Sewanee the beneficiary of a portion of his estate, Naylor used every tool available to him. He left a donation to the University in his will. In his retirement years, he established many different charitable annuities (gifts to the University that supply the donor with life income). He made Sewanee the beneficiary of his retirement account and life insurance policy, and he also willed his house and property in Sewanee and Obion County to the University. These gifts will be used primarily for the scholarship fund and, additionally, to support other causes within the University community that were important to Dr. Naylor.

The result of all these gifts to the University will be the establishment of one of the larger scholarship endowments at Sewanee. First preference for awards will go to aspiring students from Naylor’s hometown of Union City, Tennessee. At the very least, the gift acknowledges Naylor’s love for humanity and his alma mater. At most, it will launch a virtual cycle, with some new student from the plains of northwest Tennessee launching, with the good graces of a Sewanee education, an illustrious career as a scholar, teacher, mentor, and the very best of friends.