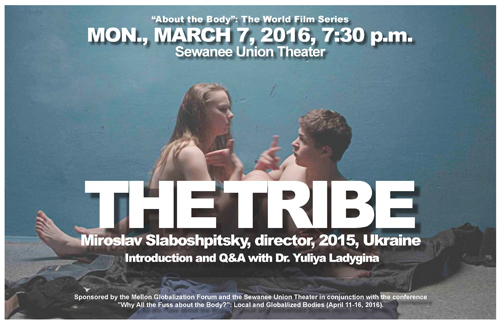 The Tribe takes place in the nightmarish demi-monde of a school for the deaf in the Ukraine, in which the students, aided by corrupt or neglectful or simply absent adult authority figures, have basically formed a society of their own, with its own rules and hierarchies, its own jealousies and currencies. Into this school a new boy arrives, and it’s largely his story we follow as he first elicits our sympathy as the object of bullying and exclusion, then gradually reveals himself to be a far more malevolent creature than we had first imagined. And in the first, and most astonishing of its formalist strokes of brilliance, the sign language which these young people use to communicate is not translated into subtitles or voiceover, so we’re thrown in at the deep end of trying to understand their “speech” with no crutch to help us stay afloat. It speaks to the cleverness of the scenarios and the eloquence of the shotmaking, performances (from the all-deaf cast) and mise en scene, that we manage to do so so quickly, learning how to mine body language and facial expressions and gestures for every drop of meaning.

"[...] So much an impassioned statement on the corruption that is endemic to closed systems, the brutality into which societies can devolve if they become too insular and the untrustworthiness of internal authorities who lack external accountability, it’s on this last level that “The Tribe” makes a case, not just for the storytelling talents of its director and the originality of its premise, but for actual, real-world importance. It might sound glib, but it’s the literal truth: The Tribe left us speechless. " Jessica Kiang for Indiewrire.com (May 29, 2014)