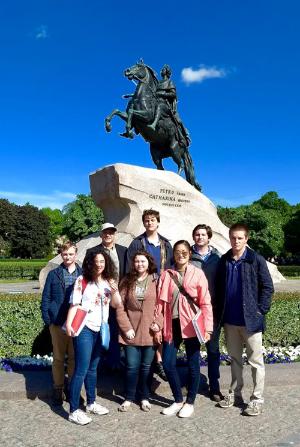 A group of Sewanee students spent the six weeks of the summer in Russia. Based in St. Petersburg, they explored the city, perfected their language skills, met new friends, tried new foods, and experienced things they previously knew only from class.

There were excursions to Moscow, Novgorod, and other cities. The students visited museums, palaces, monuments, mausoleums, cemeteries, cathedrals, and battle sites, and attended theater and symphony performances. As their capstone project, they conducted an extensive interview with a Russian native speaker.

The Sewanee Summer in Russia program, led by faculty members, has been taking Sewanee students to Russia since 1992. The program includes Russian language instruction (all levels), accommodations in the historical center of St. Petersburg, and a rich cultural program. 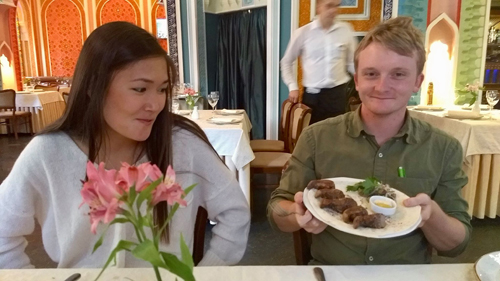 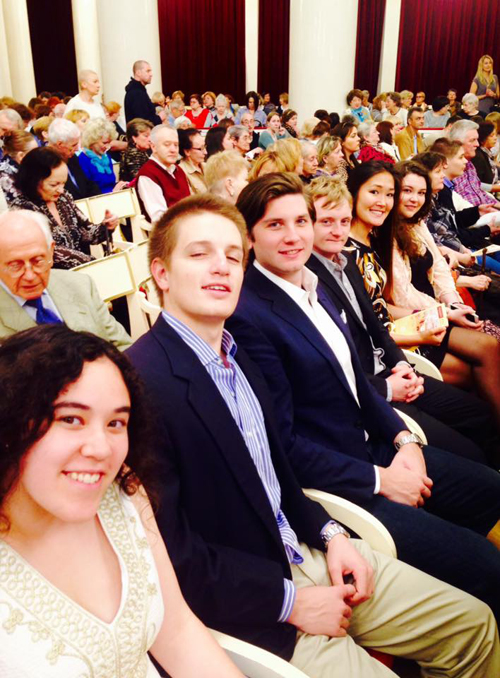 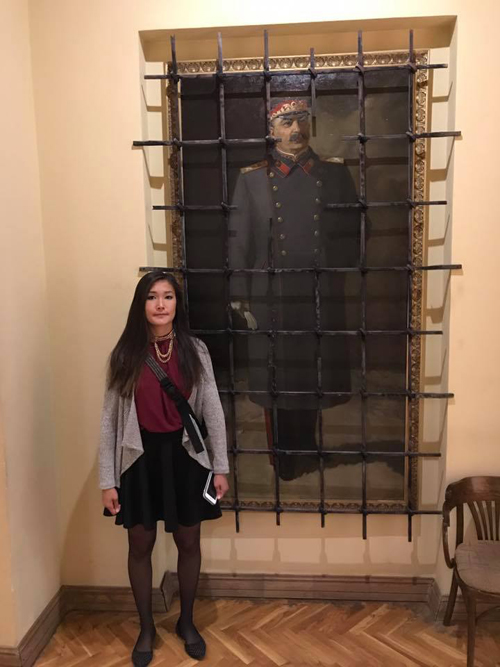