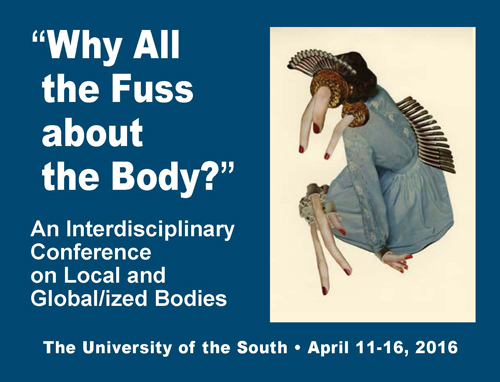 Dr. Skomp and graduating Russian major Rachel Head recently participated in "Why All the Fuss about the Body?": An Interdisciplinary Conference on Local and Gloabal/ized Bodies, which was organized by the Mellon Globalization Forum. On April 16, Dr. Skomp presented her research paper titled Dismantling the Ideal Soviet Body: Ludmila Ulitskaya and Corporeality, and Rachel Head delivered a paper titled Representations of Motherhood in the Soviet Union: Gladkov’s Cement (1925) and Baranskaya’s A Week Like Any Other (1969).  In addition, Dr. Yuliya Ladygina moderated a panel on Reproducing Bodies.