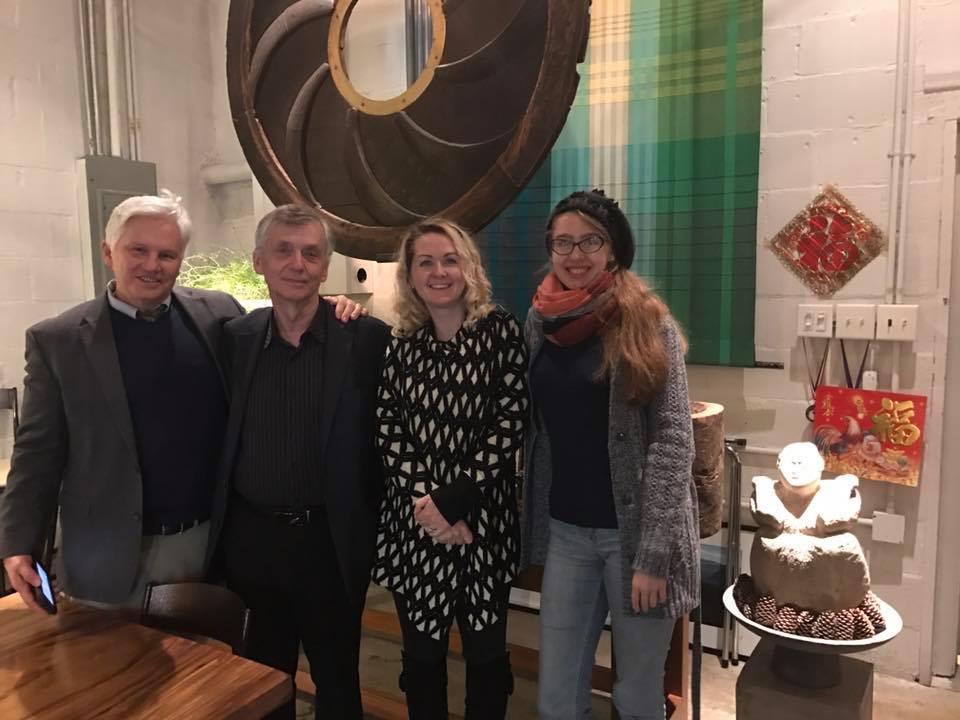 Eminent Russian scholar, Dr. Aleksandr Karpov, Head of the Department of the History of Russian Literature at St. Petersburg State University, and a member of the Russian Academy of Sciences (Pushkin Commission) examined Pushkin's epic poem, "The Bronze Horseman", which explores Russia's identity, its relationship to the West, its ambiguous feelings about empire, and the balance between rule by a tyrant and the desire for democracy.  It was an excellent and timely opportunity for Americans to better understand Russia, its insecurities, and the way it views its relationship to America. Dr. Karpov's lecture was delivered entirely in Russian with Dr. Preslar doing impromptu translation. Dr. Karpov has an interesting Sewanee connection, and was accompanied by his daughter, Vera Fulmer, who was the Russian House resident at Sewanee in the 90s.