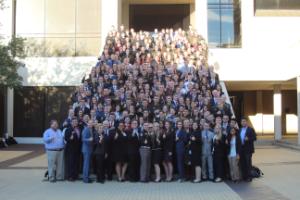 Last week, I had the opportunity to travel to Texas A&M University and attend their 62nd Student Conference on National Affairs (SCONA) thanks to the generous support of the Sewanee Politics Department. SCONA’s main focus is to provide a platform to students to discuss the U.S.’ role in the global community.

This year’s theme was Against All Enemies, Foreign and Domestic: Securing the Homeland; a discussion, which I thought not many internationals, like myself, would feel a part of. So imagine my surprise that there were in fact about 30 foreign students representing countries from Australia to South Korea at a conference organized by the army corps of Texas A&M! Granted, I was the only civilian coming from abroad, while my fellow foreigners were all part of a military exchange program.

While SCONA originally was created to be an educational conference with keynote speakers and workshops on issues of national affairs, it has grown significantly and is now offering roundtables with specific topics. The competition among roundtables is intense as they try to create the best policy proposal to present to a leader of the military.

As I have focused my research at Sewanee on the balance of civil liberties and counterterrorism, I decided to join the privacy roundtable named Nothing to Hide, Nothing to Fear: The Balance of Privacy and Security. I was surprised to see how many members of my roundtable actually favoured government surveillance in the name of security. Regardless of the disagreement within the group about privacy rights, the conversation quickly shifted to how surveillance should be overseen and which part of the government should be responsible for the task.

As creating a policy proposal over the course of two days is a daunting task in and of itself, groups are lead by faculty facilitators. I am confident to announce that in 2017, the Privacy roundtable won the title for best facilitator. Dr. Daniel Ragsdale, or as he’s known on the web, the “crazy colonel” (for his passion for supporting University sports teams), and Dr. Chris Bronk, former advisor to Secretary Clinton, made sure to initiate intense and impassioned discussions about what privacy means to U.S. citizens.

As a civilian, I must admit, going to such a conference was intimidating at first. I had little to no experience with the military nor was I familiar with the lingo and writing style used by the Department of Defence. Regardless, this is the very reason I would advise every Sewanee politics major to go to SCONA; we need to learn how we can effectively communicate with the military. During our careers, most of us will be required to work with DoD in some way or another, be it in the position of a Foreign Service Officer or POTUS. Why not gain those skills at a fun conference like SCONA? 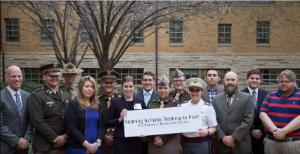 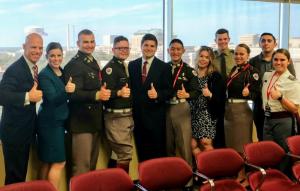