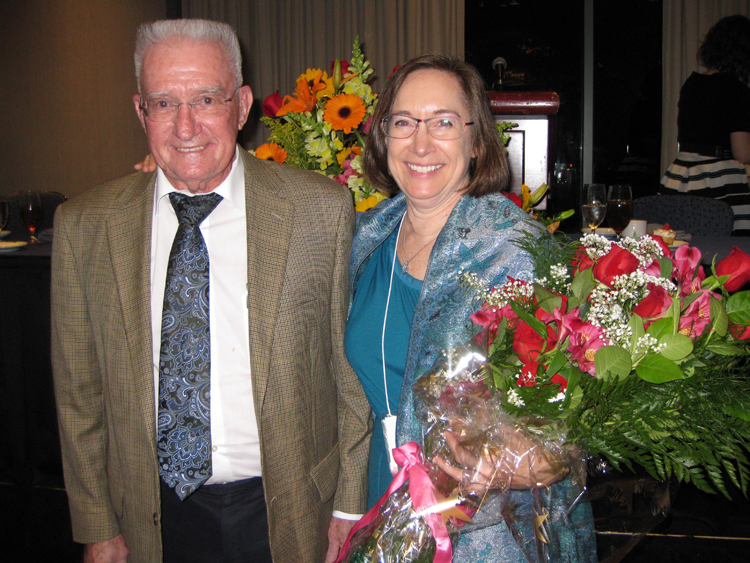 On November 6, 2015, Professor Laurie Ramsey won the Jacqueline Elliott Award for Service to Higher Education. The Tennessee Foreign Language Teaching Association presents this distinction annually to a foreign language educator at the post-secondary level for outstanding service to the profession. The award is named in honor of the Association’s founder and French professor, Jacqueline Elliott, the first recipient of the honor and professor at the University of Tennessee. Previous winners include Professor of German Emeritus Jim Davidheiser, who initiated Ramsey’s nomination and was present at the banquet. Several Sewanee colleagues and former students wrote letters of support for Ramsey’s nomination.

The TFLTA offered the following tribute to Ramsey:

"When she was first hired at Sewanee, the French Department was more oriented towards literary and cultural studies; she refocused it around language pedagogy, redesigning their four-semester introductory sequence and updating its methodologies, bringing in particular her own research on French intonation into the classroom. She has since developed a reputation among her students for being demanding and rigorous but fair, passionate about her job and their own well-being; her students praise her as a mentor and role model who "engages actively with each class member; she supports, encourages, and corrects, often with humor, bringing the whole class together in the adventure of communicating in French." Outside the classroom she regularly presides over Study Abroad programs, student recruitment functions, and French Conversation Tables, but she will also spend hours with individual students who seek her support and guidance; one student in particular recalls with gratitude how "she helped me find strength within myself that I did not know was there." Her dedication to language-teaching at the University of the South led to her selection as co-director of their Center for Teaching in 2003-2005. More recently she has been serving as Vice-President and then President of the Tennessee Chapter of the American Association of Teachers of French. And at our own Annual Conference, she has presented seven times since 1993, as well as leading the French Immersion Workshop just last year. No wonder her colleagues claim that she is "one of Sewanee's most appreciated and respected teachers," and she is "no doubt our language-teaching star." For her tireless promotion of foreign languages over two decades of teaching and service, Prof. Laurie Ramsey is a most deserving and distinguished recipient this year of the Jacqueline Elliott Award for Service in Higher Education." (excerpt from the TFLTA's 48th Annual Conference program, p. 20) 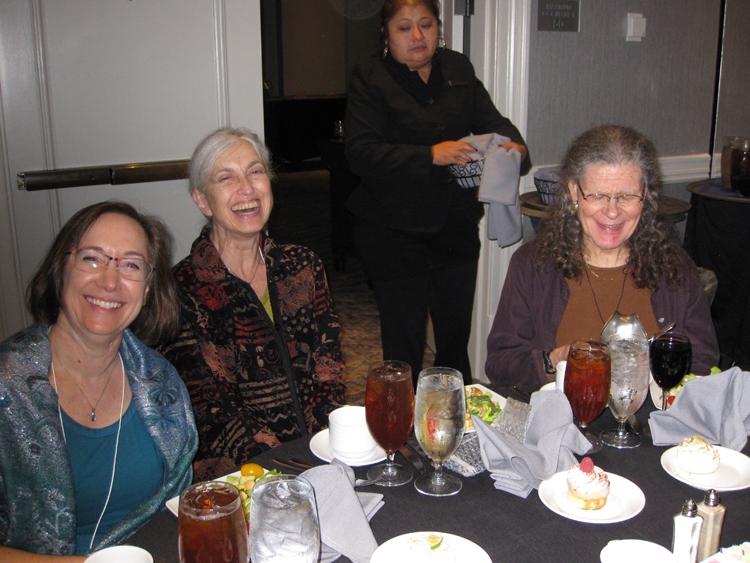 Laurie Ramsey with her father, John Ramsey, Professor of Political Science Emeritus at Old Dominion University, at the awards banquet