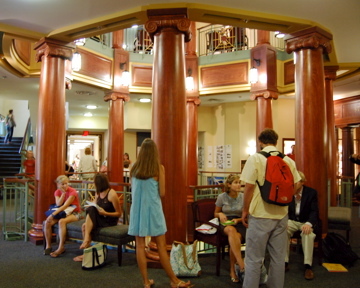 The English department at Sewanee prides itself on providing a rigorous course of study, knowing that its graduates will leave the Mountain with a broad knowledge of the history of English and American literature, strong writing skills, and relationships with professors that will last long beyond their brief time here. The major begins with a course centered on Shakespeare and other lyric poets of his day. Advanced courses are organized around either a historical period like the Romantic Movement or the Renaissance, or a literary genre such as the novel.

The English Department has about 120 majors and is one of the largest departments at the University in both number of faculty and number of majors.

Sewanee is home of the internationally famous Sewanee Review, founded in 1892, which has helped establish the university as a crossroads where many of America's best writers gather. Each year, one student is awarded a postgraduate internship, funded by the Aiken Taylor Fund, with the Review.

Contemporary poets, novelists, and playwrights conduct writing classes, readings, and workshops, and are part of the Tennessee Williams writers-in-residence program. 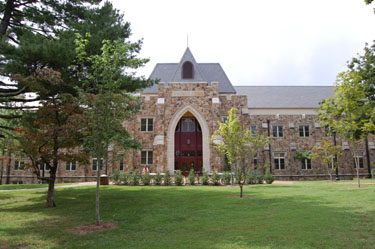 The School of Letters is Sewanee's Master's degree program in English and Creative Writing that allows students to earn an MA or MFA during the summers. Faculty include both Sewanee professors and visitors from other distinguished institutions. Also during the summer, the Sewanee Writers' Conference and the Sewanee Young Writers' Conference feature an annual roster of well-known poets, playwrights, and novelists who guide new and young writers.