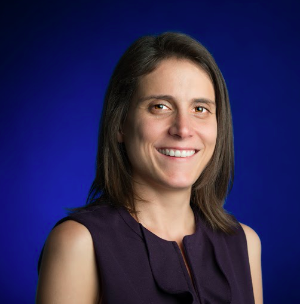 February 6, 2019
Dr. Katharina Probst, Engineering Leader at Google, will be the Graham Executive-in-Residence for the 2019 Easter Semester. In her presentation, "Sewanee to Silicon Valley: Lessons in Leadership and Change," Dr. Probst will share insights on how her liberal arts education provided the foundation for a successful career leading engineering teams at Netflix and Google. The public talk is at 4:30 p.m. Monday, February 18, in the Torian Room in duPont Library. 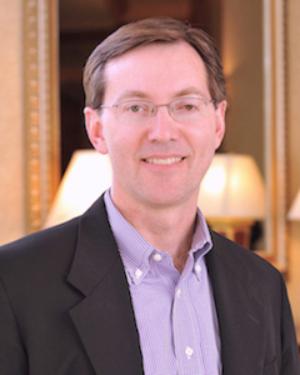 January 31, 2019
Michael Deimler, senior partner and managing director of the Boston Consulting Group, will be the Bryan Viewpoints speaker for the 2019 Easter Semester. His presentation, “When the Game Gets Tough, Change the Game,” will offer insights into creating business success with agile leadership. The public talk is at 4:30 p.m., Monday, February 4, in the Torian Room in duPont Library, followed by a reception. 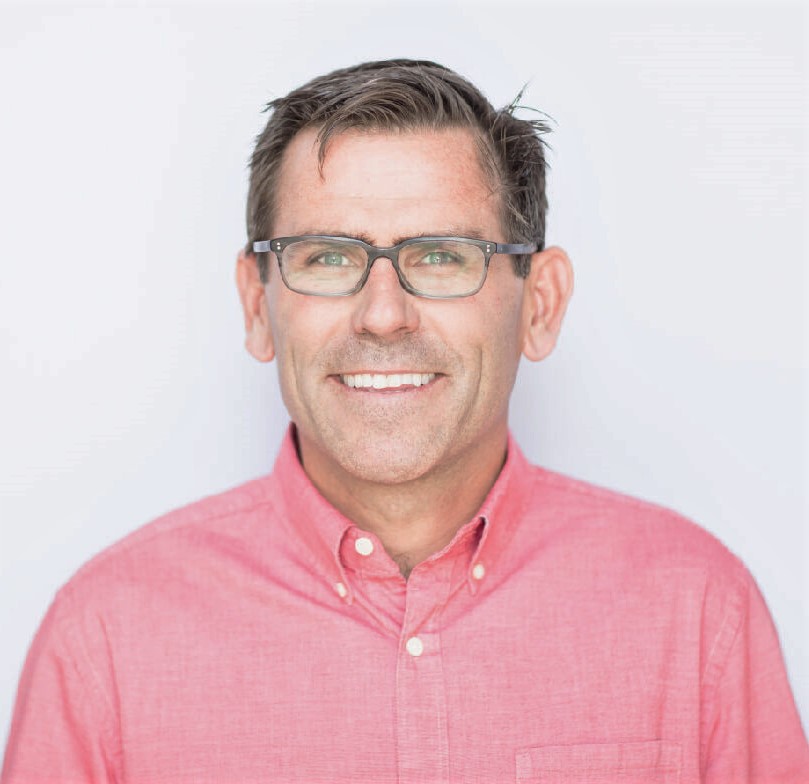 November 15, 2018
David Glaser, president and CEO of MoFi, a Montana-based not-for-profit financial institution, will be the Humphreys Entrepreneur-in-Residence speaker for the Advent Semester. His presentation, “Money Matters: How Access to Capital Builds a Stronger, More Inclusive America,” will consider the power of providing financial resources to transform the lives of individuals and strengthen community prosperity. The presentation is at 4:30 p.m. Wednesday, Nov. 28, in the Torian Room in duPont Library. All are welcome! 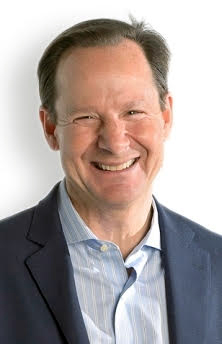 September 27, 2018
Craig Forman, president and chief executive officer of the McClatchy Company, a print and digital news media company, will be the Bryan Viewpoints Series speaker for the Advent Semester. His speech is titled “The Future of Media: It's in Your Hands.” The presentation is at 4:30 p.m. Oct. 15 in the Torian Room of duPont Library. All are welcome. 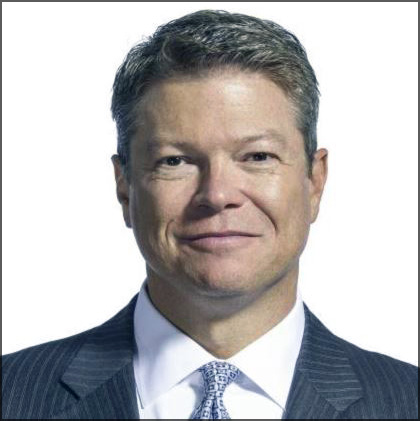 Delta Marketing Chief to Speak on Importance of Corporate Culture 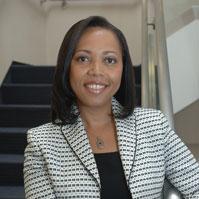 February 1, 2018
Gwendolyn Whitfield has joined the University as associate professor of business in the Economics Department, and as assistant dean for business education. 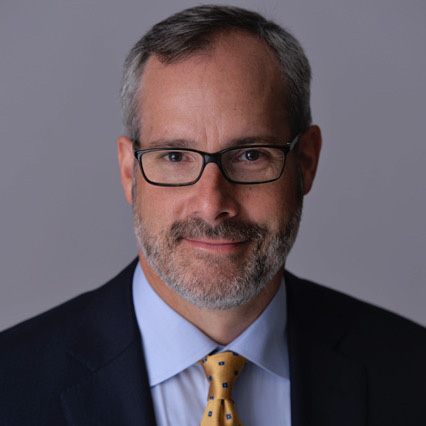 January 15, 2018
Greg Esslinger, C'91, now a senior executive with an international risk management firm, will lecture on January 30 about the rapidly evolving threats to businesses and individuals posed by cybercrime and corruption. 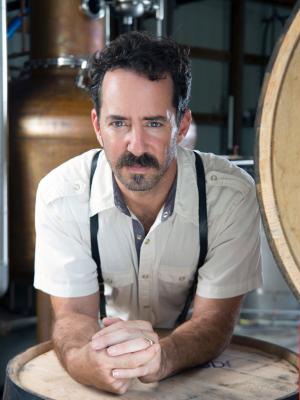 Tennessee distiller to lecture on sustainability and entrepreneurship

November 6, 2017
California film and television art director, turned sustainable farmer and distiller, will speak on the lessons he's learned as an entrepreneur in rural Tennessee.

October 19, 2017
William H. Beecken, C ’70, will be the 2017 Advent Semester Bryan Viewpoints Series Speaker. Beecken’s lecture, “Trust No One Who Touches Your Money: How Fraudsters Think”

September 8, 2017
Five incoming first year students were recognized for their selection as Carey Fellows at a reception at McGriff Alumni House on September 6. 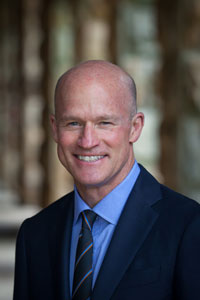 June 19, 2017
Dean of the College Terry Papillon has announced the appointment of David Shipps, C’88, as director of the university’s Babson Center for Global Commerce, effective June 16.

June 2, 2017
In a special ceremony on Graduation Weekend, six seniors were honored for successful completion of the business minor honors program.

Claude B. Nielsen, C'73, beverage industry leader, is next Executive-in-Residence

February 21, 2017
You've probably heard about Coca-Cola's closely guarded formula, but that's not the "real" secret ingredient in your soft drink. The chairman of the nation's biggest privately held Coca-Cola bottling company reveals the truth in a lecture on March 28. 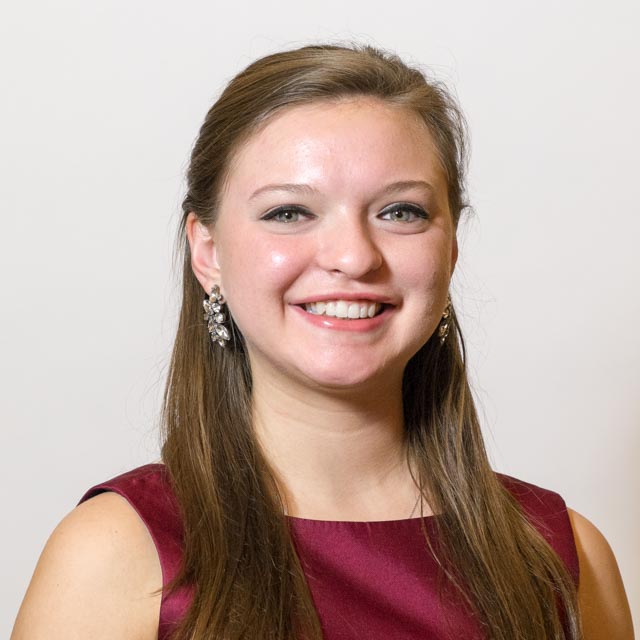 How a Business Honors Internship Jump Started a Career

February 14, 2017
"I would be lying to you if I told you that I know exactly what I want to do for the rest of my life," says Claire Hill, C '17. "What I can tell you, though, is that the Carey Fellowship provided me with a focus and a plan to begin exploring my future. Through the program I completed a sixteen week, full time, paid internship in Chicago with a management consulting firm. A pretty unbeatable experience as an undergraduate student!"

February 3, 2017
Newest members of the Class of 2019 Carey Fellows announced

This Semester at the Babson Center

January 27, 2017
Babson Center activities this semester include opportunities for learning new skills, networking with business leaders and fellow students, and gaining new perspectives. Here are some highlights for the coming months. 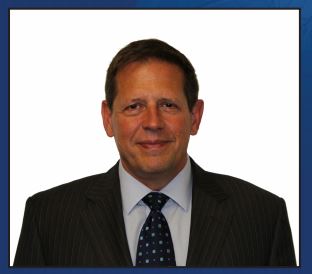 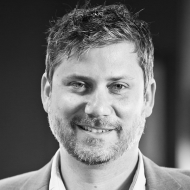 October 20, 2016
This year's Entrepreneur-in-Residence, Patrick Comer, studied theatre and music as a Sewanee undergrad. Then he founded a tech firm that helps some of the world's biggest brand names figure out how to market their wares. It's a real-life story about the essential value of liberal arts education in a world of accelerating and disruptive change.

September 21, 2016
Every Sewanee student has a backstory, but few of those tales have the plot twists of Leonce Nshuti’s long and winding road from child refugee to Ivy League postgraduate. By the way, Leonce is a Carey Fellow

June 21, 2016
This summer, Sewanee students have fanned out across the nation and the globe to take up business-related internships everywhere from New York, to France, to the United Arab Emirates.

June 8, 2016
Hannah Gallagher, C’16, was named a finalist in the Social Enterprise Category of the LaunchTN Statewide University Venture Challenge in May for her startup ZABI, an online pharmaceutical distribution company.

May 9, 2016
Four Sewanee students have been selected to receive a Beecken Scholarship to attend one of the nation's premier business schools. 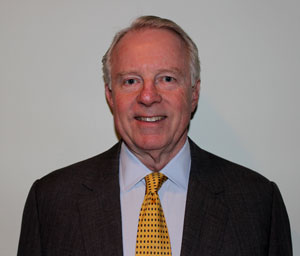 May 3, 2016
Dean of the College Terry Papillon has announced the appointment of Eric Greenwood as director of the university’s Babson Center for Global Commerce, effective June 1. He will succeed Chip Manning, who has directed the Babson Center for the past five years.

April 15, 2016
Throughout April, Sewanee students, faculty, and staff are heading out to conferences and retreats to learn how to promote social change, build social entrepreneurship, and invest wisely for profit and to improve the world. And they're making valuable networking contacts as well.

April 15, 2016
The Babson Center for Global Commerce will welcome four new members to its advisory board when the board holds its Easter semester meeting in Sewanee on April 29.

March 31, 2016
Sparked in part by the "Divest Sewanee" campaign to purge the University's endowment fund of holdings in fossil-fuel companies, two teams of students will debate whether Sewanee should adopt an investment strategy known as "socially responsible investing." The debate, featuring two teams of three students each, drawn from the College of Arts and Sciences and the School of Theology, will take place at 4:30 p.m. Tuesday, April 5, in Gailor Auditorium.

March 23, 2016
‌Douglas Broderick, the chief of the United Nations' mission to Indonesia, the world's most populous Muslim nation, will visit Sewanee April 11-13 and will deliver a public lecture, "The Impact of Global Unrest on International Relations and Trade." His lecture is scheduled for 7 p.m. Wednesday, April 13, in duPont Library's Torian Room.

March 4, 2016
It was standing room only at Sewanee’s first ever community crowdfunding event, Sewanee SOUP, where four teams competed for a cash prize to benefit their respective community-based projects.

February 25, 2016
As part of their experience as business minor honors students at Sewanee, Carey Fellows spend 15 weeks at an off-campus paid internship. The internships with some of the nation’s most prestigious companies, help the students gain valuable skills and learn how their liberal arts education helps prepare them for the business world after Sewanee.

It’s “Get A Job” Season for Many Seniors, but Some Are Way Ahead of the Game

February 16, 2016
Some fortunate seniors have their post-college jobs already in hand, taking advantage of opportunities Sewanee offers all its students—alumni networking, specialized skills training, and paid internships. For students whose career goals are in the business world, the University’s unique business minor and the support of the Babson Center for Global Commerce have provided an extra edge. Here is a sampling of just four of the senior business minors who are approaching graduation with the serenity that comes with having a job offer already secured. 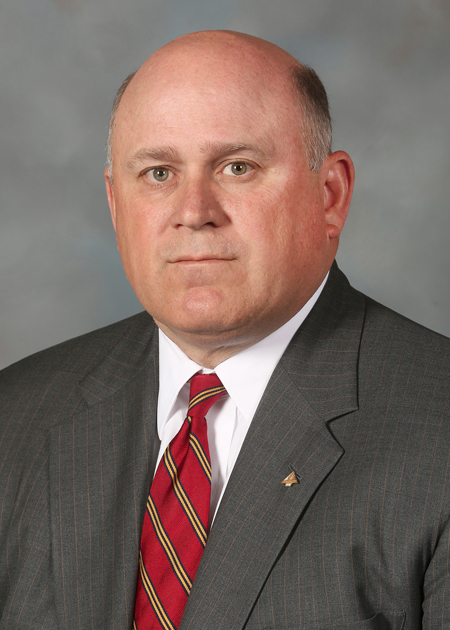 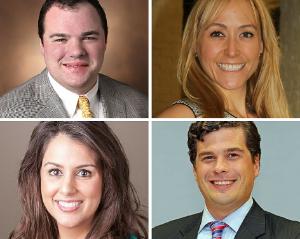 Learn about Careers in the Business of Healthcare

February 3, 2016
Thinking about career opportunities in the business of healthcare? If so, make sure to sign up for the Smith Career Day on Friday, February 12, when Sewanee alumni with successful careers in this exciting field will return to the campus to share their career paths, offer networking assistance, and conduct practice interview sessions.

January 21, 2016
Area residents who make less than $54,000 or who are disabled or elderly will have the opportunity to get free, Internal Revenue Service-approved assistance with preparing and filing their federal income tax returns this year, thanks to a program sponsored by the Babson Center for Global Commerce at the University of the South.

January 14, 2016
Read more to see the students selected for the Carey Fellows Class of 2018 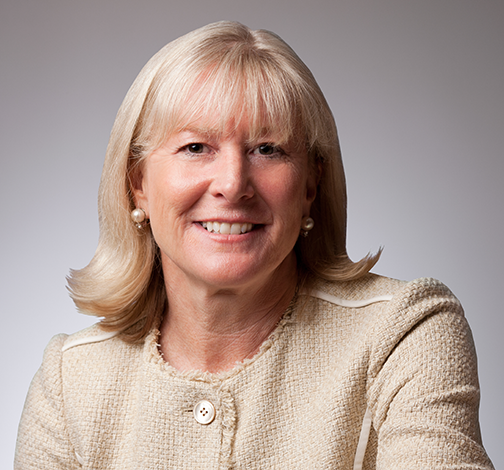 January 13, 2016
Martha (Marty) Boal Willis, C ’82, the chief marketing officer for OppenheimerFunds, will deliver a public lecture on Wednesday, January 27 at 4:30 PM in Gailor Auditorium. Willis is the Babson Center for Global Commerce’s Graham Executive-in-Residence for the 2016 Easter Semester.

November 13, 2015
The Babson Center for Global Commerce offers personal finance sessions to students each year, helping them manage their current financial situation, learn to budget for their first job after graduation, and plan for their financial future.

November 4, 2015
As part of the Carey Fellowship, honors students in the business minor participate in two trips with the director of the Babson Center.

October 9, 2015
Senior students facing the daunting job search season have already participated in multiple training and coaching sessions designed to give them a boost.

October 9, 2015
The Babson Center for Global Commerce welcomes Catherine Merritt, co-founder of the crowdfunding site MUMZY.com, as the Advent 2015 Humphreys Entrepreneur in Residence. She will deliver a lecture, titled "Bringing Ideas to Life: Story-Telling at the Heart of Entrepreneurship,” at 4:30 PM on Tuesday, October 27 in Gailor Auditorium. The lecture is free and open to the public. A reception will follow. 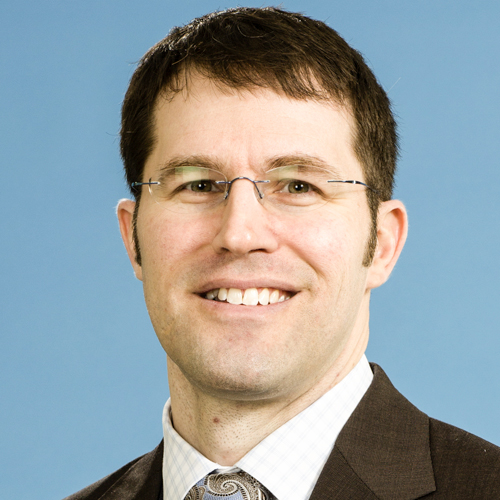 September 30, 2015
Economist Sean Mulholland will deliver a public lecture on income inequality in the United States on October 13, at 4:30 p.m., in Gailor Auditorium. The lecture, titled “Taking on Income Inequality: Seeking Paths to Greater Prosperity,” is free and open to the public and will be followed by a reception. An economics professor at Stonehill College, a liberal arts college in Easton, Mass., Mulholland is the Babson Center for Global Commerce’s Bryan Viewpoints Series speaker for the Advent semester.

September 23, 2015
On Sunday, September 6, the Babson Center for Global Commerce kicked off the school year with its first annual welcome brunch for students interested in becoming actively involved with business clubs on campus. Undergraduates packed the Ecce Quam Bonum House to network and discuss the myriad of student-led business opportunities and initiatives for the semester.

September 3, 2015
The University of the South’s inaugural class of first-year honors-track business minor students were welcomed at a reception shortly after the opening of the academic year. The newly-selected Carey Fellows are Julie Glenn, of Winchester, Tenn.; Cole Hanks, of Atlanta, Ga.; Dave Johnson, of Brownsville, Tenn.; Dayla LaRocque, of Houston, Tex.; Mary Jane McCaghren, of Memphis, Tenn.; and Cole Porter, of Nashville, Tenn.

September 3, 2015
Hannah Gallagher, C'15, won both 1st place and the social entrepreneurship prize at The Sewanee 2014 Entrepreneurial Challenge (S4EC) last fall. But she didn't let her start-up aspirations end there. She has continued building on her idea and received funding from the Babson Center for Global Commerce and the Algernon Sydney Sullivan Foundation to spend part of her summer at 51 kăt′ l- īz′ er with Leadership ExCHANGE in Raleigh, North Carolina. Read more about her experience below.

August 27, 2015
Twesigye Jackson Kaguri, the founder of the Nyaka Aids Orphans Project, an organization that provides support for Ugandan children whose parents have died of HIV/AIDS, will give a public talk, “A School for my Village: A Promise to the Orphans of Nyaka,” at 7:30 p.m. September 10 in Gailor Auditorium.

A semester of opportunities at the Babson Center

August 19, 2015
Co-curricular business opportunities at Sewanee this semester include seminars to learn new skills, special programs to meet business leaders, and social events to get to know other business-minded students on campus.