This comprehensive survey of American culture not only explores American history and literature, but also incorporates anthropology, political science, religion, and art. In the Junior Seminar, students gain highly transferable theoretical and methodological skills necessary for understanding American culture and conducting independent research. Majors complete an independent research project, assembled from at least two disciplines of their choosing, during the first semester of senior year. A track in Africana and African American studies provides a focused study of the importance of race and of the experiences of people of African descent in the development of American society.

March 13, 2019
Dr. Sharon Lynette Jones, Prof. of English at Wright State University will deliver a lecture entitled Encountering Gender, Class, and Race: Literary and Cinematic Representations of Angela Davis and the Civil Rights Movement on Wednesday, March 27 at 4 p.m. in Gailor Auditorium: Dr. Jones is the author of Conversations with Angela Davis (forthcoming with University Press of Mississippi) and Rereading the Harlem Renaissance: Race, Class, and Gender in the Fiction of Jessie Fauset, Zora Neale Hurston, and Dorothy West. This event is sponsored by the following departments: American Studies; Center for Speaking and Listening; English; German; History; Politics; Sewanee Project on Slavery, Race, and Reconciliation; University Lectures Committee; and Women's and Gender Studies.
Read more 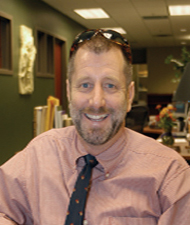 November 3, 2017
Sewanee Professor Sean O'Rourke has been featured by Vital Speeches of the Day, a monthly collection of the best speeches in the world.
Read more

May 13, 2015
Courtney Thompson earned her BA in English from Hampton University and her Ph.D. in American Studies from Purdue University. She will join the faculty as an Assistant Professor of American Studies and Women’s and Gender Studies in the fall.
Read more