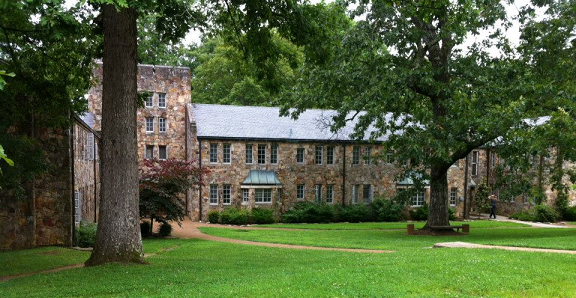 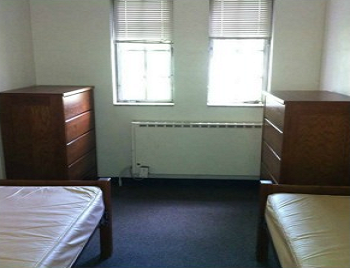 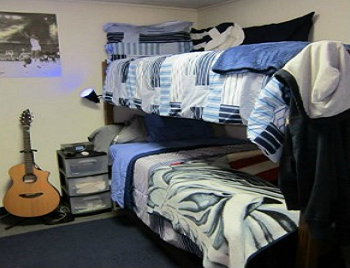 McCrady houses 92 men and women.  Rooms are arranged in suites for four students, with two study rooms and two bedrooms connected by a bathroom. Each study room opens into a bedroom.  All rooms are carpeted and windows are furnished with blinds.

Room Furnishings (based on a double occupancy room):

The central first floor common room features a large stone fireplace, comfortable couches, cable television, and a VCR/DVD player. Smaller first and second floor common rooms have couches and chairs for reading or relaxing. A raised stone patio runs along the rear of the building and hosts a grill.