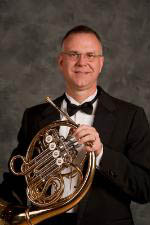 Greg Danner (horn) has held positions with the Baton Rouge Symphony and Acadiana Symphony Orchestra in Louisiana, the Huntsville Symphony in Alabama, and the Saint Louis Municipal Opera and Webster Groves Symphony in Missouri. He is currently a member of the Bryan Symphony Orchestra and Murfreesboro Symphony in Tennessee and is hornist with the Brass Arts Quintet at Tennessee Tech University and the Jack Daniels Silver Cornet Band. He is active as a freelance and recording musician in the Nashville area.

Dr. Danner holds the Ph.D in composition from Washington University, a Master’s in music theory from the Eastman School of Music, and a Bachelor’s degree in performance from Southeast Missouri State University. He is professor of theory and composition at Tennessee Tech University in Cookeville, Tennessee. Danner’s compositions include over 60 works for wind band, numerous chamber compositions, and works for orchestra and choral ensembles. His awards include the College Band Directors National Association Music for Young Band Prize, grand prize in the Delius Society composition contest, and first prize in the Robert Avalon International Composers Competition. Danner is a three-time winner in the International Composers Guild Composition Contest, including the grand prize in 2010. He has received annual ASCAP awards for composition since 1989. 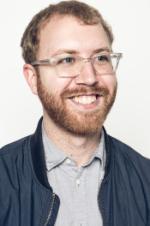 Kevin holds a M.M. in Commercial Music from Belmont University in Nashville, Tennessee where he studied under Dr. Alex Graham as well as a B.A. in Jazz Studies in 2012 from the University of Illinois under the guidance Chip McNeil. During his time at Illinois, Kevin also studied classically under Debra Richtmeyer.

Since moving to Nashville, Kevin has become a permanent member of the Nashville based jazz/funk/R&B band Dynamo, with whom he has toured and performed with in numerous venues across the U.S. as well as in some of Nashville’s most legendary music clubs. In the summer of 2017, Kevin joined Grammy nominated Contemporary Christian recording artist, Daniel Gokey, performing alongside acts such as Toby Mac and Mandisa. Kevin has also toured with Elektra recording artist, Anderson East, sharing the stage with such acts as Brandi Carlile and the John Butler Trio, as well as performing on some of America’s most legendary radio and TV programs, including KEXP in Seattle, World Café Live, and the Late Show with Seth Meyers.

Fluent in a wide range of musical styles, Kevin is an in demand live and studio musician, resulting in collaborations with some of Nashville's most influential artists including Jack Pearson, Mike Hicks, Jason Eskridge, The Nashville Jazz Orchestra, and Jeff Coffin, among others. His horn arrangements can also be heard in the music of Dynamo, Kylie Rothfield, and Clutch.

Kevin’s teaching philosophy aims to equip his students with the necessary skill sets to succeed as a professional musician, including reading, improvisation, and theory. Having complete command of the instrument across all disciplines coupled with the right attitude is the recipe for success. 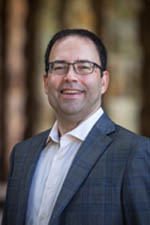 Stephen Miller studied classical violin before discovering music history, the field in which he has lectured at the University of Chicago and the University of Rome (“La Sapienza”). He joined the faculty at Sewanee in 1995, with his teaching oriented towards European composers. One of his early interdisciplinary commitments was to the Humanities program, in which he was fortunate to teach alongside Professors Brown Patterson, Jerry Smith, John Gatta, Pamela Macfie, John Grammer, and many other outstanding current and former Sewanee faculty. Over the past decade his interests have expanded to encompass Southern musics, including blues, jazz, and shape-note singing. A course of particular interest right now deals with the impact of recording technology over the past hundred years—From Ragtime to Radiohead: Music in the Era of Recordings.

Miller’s most significant original research deals with early music—choral compositions of the Renaissance and Baroque and the way that the works of Palestrina connect those two eras. His work on seventeenth-century music has redefined scholars’ understanding of the stile antico and has increased awareness of the development of style consciousness during that period. The oblique courses taken by concerted and a cappella styles back then provide a useful parallel for questions arising today out of the relationship between acoustic and amplified musics.

Since becoming Chair of the Music Department in 2011, he has originated lessons on a variety of new instruments: Sewanee students can now take private lessons on instruments as diverse as French horn and guitar, a first for the College. As liaison to the Watson Foundation in New York, Miller leads a campus committee through a yearly cycle of interviewing and nominating Sewanee students for the Watson Fellowship. Sewanee students have excelled in this competition, with 42 Fellows since the inception of the program.

Outside of the office, Miller loves cycling in whatever form, though he tends to stay upright on his road bike more than on his mountain bike. He is very proud of his two children who have attended St. Andrew’s–Sewanee School and taken classes at the University. He also makes time for music performance, playing with students, friends, and colleagues in the Sewanee Symphony Orchestra, sometimes on violin, when needed on viola. He is a regular participant in shape-note singings, and students accompany him on trips to these singings several times a year. 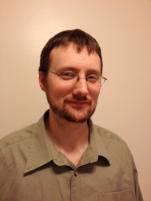 Brian has worked as a freelance drummer, percussionist, and instructor for many years, and is also a published composer. He has traveled and performed nationally and internationally, including as a guest soloist and clinician at the Paris Conservatory in December of 2014, and has performed twice at PASIC. He has been an active steel pan performer with the Bloomington based steel pan group, Steel Panache, and currently plays marimba with the newly formed B-Line Jazz Percussion Trio. Brian is also an active clinician, presenting workshops and performances throughout the Midwest.

Guerry Hall
68 Georgia Ave.
Sewanee, TN 37383
Rebecca Murphy is a long time performer and teacher. She received her Bachelors of Music degree in flute from Louisiana State University where she studied with Jeanne Timm. Recently she returned to the academic arena and finished her Master of Arts Degree in Flute from Middle Tennessee State University, studying with Dr. Deanna Little. She currently is an adjunct professor at MTSU and has an extensive flute studio. She is also the co-founder and co-director of the Murfreesboro Flute Choir with Dr. Deanna Little. Ms. Murphy has had over 30 years of teaching experience and has performed with the Baton Rouge Symphony, the San Antonio Symphony, the Mid-Texas Symphony, and the Paducah Symphony. She served as principal flute with the San Antonio Wind Symphony for many years. She has participated in numerous master classes with world renowned artists such as Jean Pierre Rampal, Mary Stolper, Rhonda Larson, Nestor Torres, Sergio Pallotelli and Kate Lucas to name a few. In 2014 and 2015 she auditioned for and earned a position with the National Flute Convention’s Professional Flute Choir. Rebecca Murphy continues to seek new opportunities to advance the awareness and educational opportunities of music lessons for any age person.

Rebecca is also an accomplished equestrienne having won a world championship and several top ten awards in Western, English and Showmanship. She also enjoys hiking the trails of Tennessee, especially those that contain waterfalls. 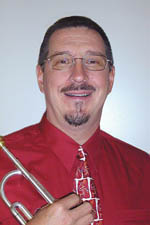 Alan Suska was born and raised in Pittsburgh, PA. In 1980, having received an undergraduate degree in Music Education and a Masters in trumpet performance from Duquesne University, he moved to Nashville to pursue a career in music. Beginning his Nashville career at Opryland, Alan has continued an extensive career as a freelance musician and teacher. Currently, Alan is principal trumpet with the Murfreesboro Symphony and the Nashville Praise Symphony along with being the first-call trumpet player for several contractors in the area. As an educator, Alan has taught at Tennessee Tech University, Cumberland University, Lipscomb University, Middle Tennessee State University, and the Blair School of Music. Recently, Alan was the Director of Instrumental Music at Pope John Paul II High School. Alan continues to perform extensively throughout the southeast U.S. and has recently traveled to Europe and South America for orchestral and big-band performances. Alan has been selected as a clinician by MakeMusic, Inc., demonstrating Finale and SmartMusic at various music educator conferences.

Rebecca Van de Ven has held the positions of principal oboe with the Adrian Symphony in Michigan, second oboe in the Battle Creek Symphony, and assistant principal in the Santa Cruz Symphony. She currently teaches at Sewanee University of the South and plays frequently with the Huntsville Symphony. She has had a private studio for many years and formerly taught oboe at Albion College and Spring Arbor University. She received a Master of Music degree from the San Francisco Conservatory in oboe performance where she was a student of Eugene Izotov, current Principal Oboe of the Chicago Symphony. At the University of Wisconsin, Madison, she earned a Bachelor of Music degree where she was a student of Professor Marc Fink. Ms. Van de Ven attended the Pierre Monteux Music Festival in Maine and was awarded a full scholarship to the Music Academy of the West in Santa Barbara, California. Ms. Van de Ven has been freelancing since 1994 and has performed with orchestras such as the San Francisco Symphony, Grand Rapids Symphony, Fort Wayne Philharmonic, Kalamazoo Symphony, Madison Symphony, Chattanooga Symphony and Marin Symphony. She currently resides in Sewanee with her husband and two children. 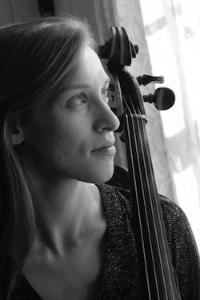 Kaitlyn Vest has taught and performed throughout the U.S. and Asia. She received her B.M. from the University of Memphis with Leonardo Altino, and her M.M. from Carnegie Mellon University with Anne Martindale Williams. Ms. Vest spent a year in Indonesia as a Lecturer in Cello and Chamber music at the Universitas Pelita Harapan, as well as teaching and performing in the Jakarta area. She now resides in Huntsville, AL, where she is a section cellist with the Huntsville Symphony, and substitutes with Nashville Symphony, Chattanooga Symphony, and other regional ensembles. In addition to a private studio in Huntsville, Ms. Vest works with the Decatur Youth Symphony program, and teaches cello and bass at The University of the South.

Area of expertise: Cello and Bass