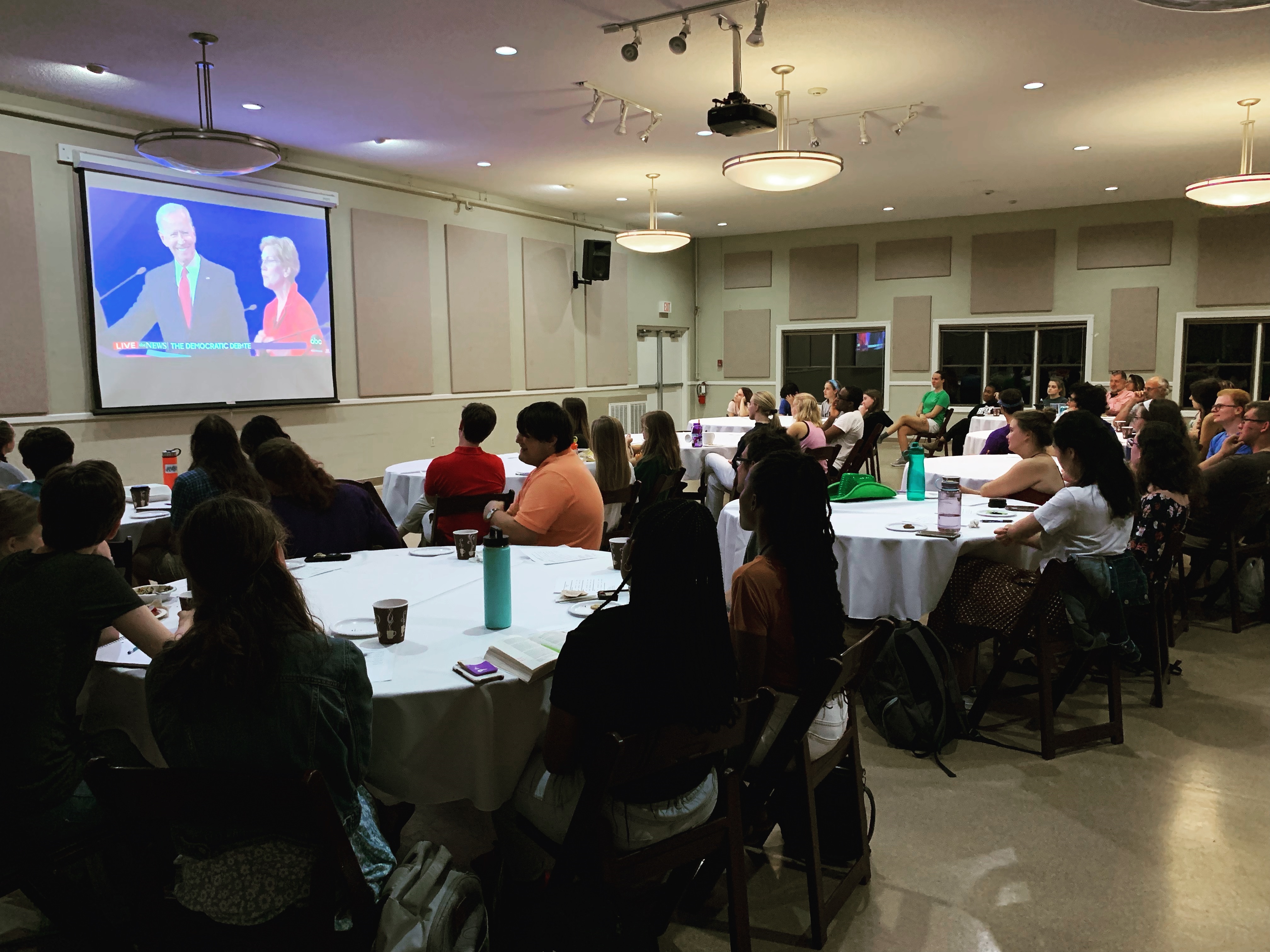 More than sixty students and faculty watched the Democratic Primary Debate on September 12, 2019 at the Bairnwick Women’s Center. The Center for Speaking & Listening, the Office of Civic Engagement, the Dialogue Across Difference Program, and Yea, Sewanee Votes! co-sponsored the event. The audience watched the three-hour debate without any commentary beforehand or during the commercial breaks. Maria Trejo Balbuena, a senior politics major, thought the format was ideal because it avoided “social media or news commentators influencing the views of the public.” Instead, the audience watched closely and listened carefully to the ten candidates exchange arguments on topics ranging from health care and immigration to gun control and race relations.

Dr. Sean O’Rourke, Professor of Rhetoric and American Studies and Director of the Center for Speaking & Listening, facilitated a discussion afterward. The discussion focused on a series of prompts about how well the candidates answered questions, which among them offered the best vision of America, and how well they critiqued President Trump. With help from Poll Everywhere technology and smart phones, the audience submitted answers suggesting what we might learn from the candidates’ strengths and weaknesses not just as politicians, but also as debaters. Members of the audience cited speaking habits such as “yelling,” “talking fast,” “deflection,” “long-windedness,” “aggressiveness,” a “lack of substance” in answers, and an “inability to take criticism” as off-putting, while finding “directness,” “precise answers,” “passion,” “appropriate use of humor,” “consistency” in answers, “composure,” mindfulness of “time constraints,” and the ability to “criticize ideas instead of people” as laudable. “It struck me as a great format for a genuinely non-partisan conversation, as the questions weren’t asking us about who ‘won,’ but rather concerned clarity of arguments or change in perception of the candidate,” remarked Cassie Meyer, Director of the Dialogue Across Difference programs.

Stay tuned for information about future DebateWatch events throughout the primaries!