Students, faculty, and community members got together for a fun night of international music, food, and culture at the Tiger Bay Pub on November 6. There were over 35 acts singing in 8 languages taught at Sewanee: Arabic, Chinese, French, German, Japanese, Latin, Russian, and Spanish! Judges awarded prizes to the 3 best solo and group acts. 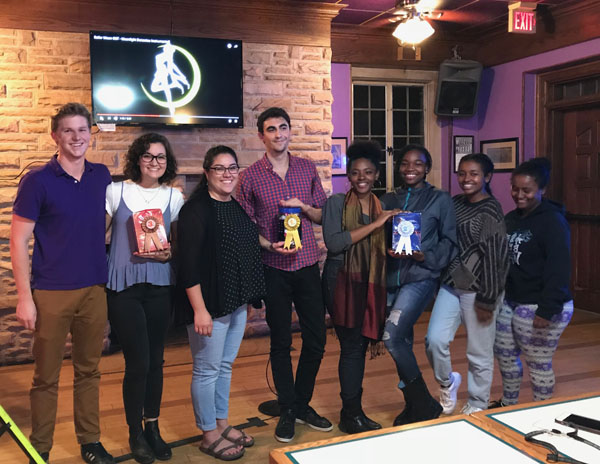