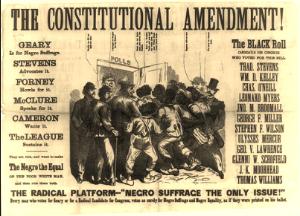 The Fourteenth Amendment was proposed by Congress in 1866 to establish a new framework of law for a nation rebuilding from war and the abolition of chattel slavery. On July 19 of that year, Tennessee’s state legislature approved the Amendment, the first in the defeated Confederacy and the third in the nation to do so. Over the next 150 years, the application and enforcement of the Fourteenth Amendment reconstructed the course of American history and law—and in ways the framers and legislators of 1866 could not have foreseen.

Distinguished presenters at the symposium include: