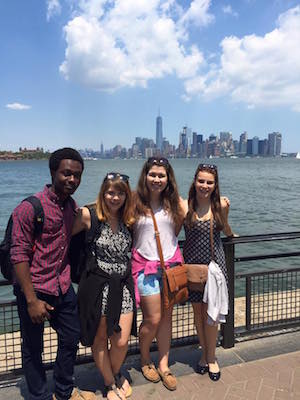 Zsanett Péter, currently at Yale for the fall 2016 semester, writes about the summer 2016 portion of her summer + semester at Yale as part of the Sewanee-At-Yale Directed Research Program:
This summer I worked on a whole exome sequencing study to investigate genomic variation in primary complex motor stereotypies. Stereotypic movements (eg. hand flapping, body rocking, nodding, etc.) are very frequent for children with autism and intellectual disability, but at the same time appears in normally developing children as well. We examined this smaller group to create a more homogeneous sample that might reveal significant risk genes associated with stereotypic movements specifically. This study was extremely rewarding, since I had the chance to combine research and clinical work. I didn't only observe the genetic variation in these children in the lab through DNA sequences, but also managed to see the phenotypical manifestation of this disorder in children who attend the Child Study Center Tourette's and OCD clinic. I gained an enormous amount of knowledge about genetics and genetic research while also creating valuable relationships with other lab members. It is unbelievable how much help and support I have received from my lab group so far, and I believe it is invaluable to my development as a researcher.
This summer was not only rewarding academically, but socially as well. Becoming close friends with all the other interns, both from Sewanee and other institutions, helped me gain long lasting friendships with other students interested in a similar career path. Together, we have conquered New Haven, explored the surrounding areas,visited New York, picnicked in East Rock Park, barbequed for the 4th of July and relaxed on the beach.
I never expected my summer to be such a priceless experience that not only improved my academic understanding tremendously, but also provided plenty of fun activities. I would like to thank Dr. Linda Mayes for creating this program, nurturing us interns, and looking out for what we desire and need in order to have an exceptional experience.
I am looking forward to what the semester holds for me as I will be participating in classes and continuing my research with Dr. Tom Fernandez on motor stereotypies.‌ 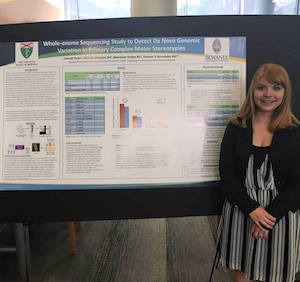