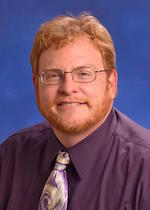 Derek Alderman, professor of geography at the University of Tennessee and vice president of the American Association of Geographers, will present a talk on "Contested Places: Race, Heritage Tourism and Geographies of Memory."

Alderman's talk will draw on his longtime interests in cultural and historical geographies of race, social justice, and African American belonging. Much of his work focuses on racially charged areas of the southeastern United States and addresses the inequalities faced by African Americans in their ongoing struggle for cultural and political inclusion and social and spatial justice. Alderman will discuss the ways public memory and heritage intersect with the politics of popular culture and the power dynamics of spatial inscriptions.

Alderman serves as a research fellow in the Center for the Study of Social Justice and is affiliated with the with the Africana Studies, American Studies, and Disaster, Displacement, and Human Rights programs. At the University of Tennessee, Alderman also holds the Betty Lynn Hendrickson Professorship in Social Science. He received his Ph.D. from the University of Georgia and previously taught at Georgia College & State University and East Carolina University, where he also served as a research fellow in cultural and heritage studies at the Center for Sustainable Tourism.

Derek Alderman is a broadly trained, award-winning human geographer with interests in cultural and historical geographies of race, social justice, and African American belonging; public memory, heritage conflict, and commemorative geographies; the racialization of mobility, travel, and tourism; the politics of popular culture, media geographies, and regional identity; and the political dimensions of museums, historical sites, and material culture.

In 2002, Alderman received a Distinguished University Teaching Achievement Award from the National Council for Geographic Education. He received a Distinguished Professor of Teaching Award from East Carolina University in 2005, and in 2009 he received a UNC Board of Governors Excellence in Teaching Award, the highest recognition of teaching within the North Carolina university system. In 2015, Alderman received the Diversity Leadership Award from the College of Arts and Sciences of the University of Tennessee in recognition of his research and outreach on race, racism, and inclusion/exclusion.