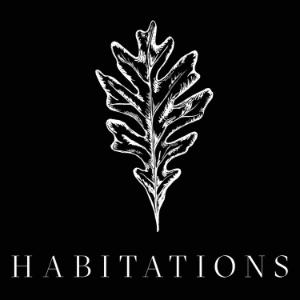 Sage Magazine, the environmental journalism and arts publication at the Yale School of Forestry & Environmental Studies, has recently launched a new podcast called Habitations, featuring an interview with Sewanee’s own David Haskell as its inaugural episode. Exploring questions of place and other environmental questions at the intersection of science, philosophy, and culture, Habitations is hosted and produced by Noah Sokol, Avana Andrade and Jason Daniel Schwartz of Yale University.

The podcast launch coincides with the first phase of Encounters with Place, a project supported by the University’s Collaborative for Southern Appalachian and Place-Based Studies (http://collaborative.sewanee.edu) through funding from the Andrew W. Mellon Foundation. The interdisciplinary Encounters with Place project team includes fellow Yale graduate student Ben Mylius, as well as Sokol, Andrade, and Schwartz, and the filmmaker Nelson Walker. Sewanee’s David Haskell and several Yale faculty are serving in advisory roles. The project embodies the inter-institutional collaboration between Sewanee and Yale (http://www.sewanee.edu/academics/syc/) and the humanistically-grounded interdisciplinary inquiry that the Mellon funds recognize and support.

As a project, Encounters with Place will explore ways of thinking about and understanding “place” from a variety of disciplinary lenses, not just independently but in combination and conversation. It will include film, audio, photography, and text intended to engage not only the Sewanee and Yale communities but also the wider public.

Plans are underway for interactions between the Encounters with Place project team and students in Haskell’s upcoming Sewanee courses in environmental writing, as well as other Sewanee and Yale faculty and students. The Habitations podcast now offers the first of several outlets for Sewanee and Yale students and faculty to share related material they may generate in exploring Southern Appalachia and other places.

Habitations episodes can be heard by searching 'Habitations' in the iTunes store or streaming on SoundCloud at https://soundcloud.com/habitations-podcast.