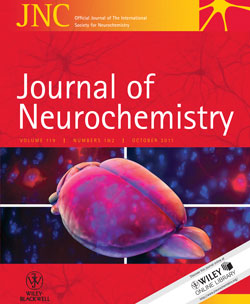 Jessica Siegel, Assistant Professor of Psychology, and two colleagues at the Oregon Health & Science University (OHSU) studied the impact of Methamphetamine during brain development on the brain acetylcholine system in adolescent and adult mice.  [The Journal of Neurochemistry selected an illustration from their article for its cover.]

The research was supported by grants from the National Institute on Drug Abuse (NIH, US Dept. of Health & Human Services) and from OHSU's MARC, and by Dr. Raber's development funds.