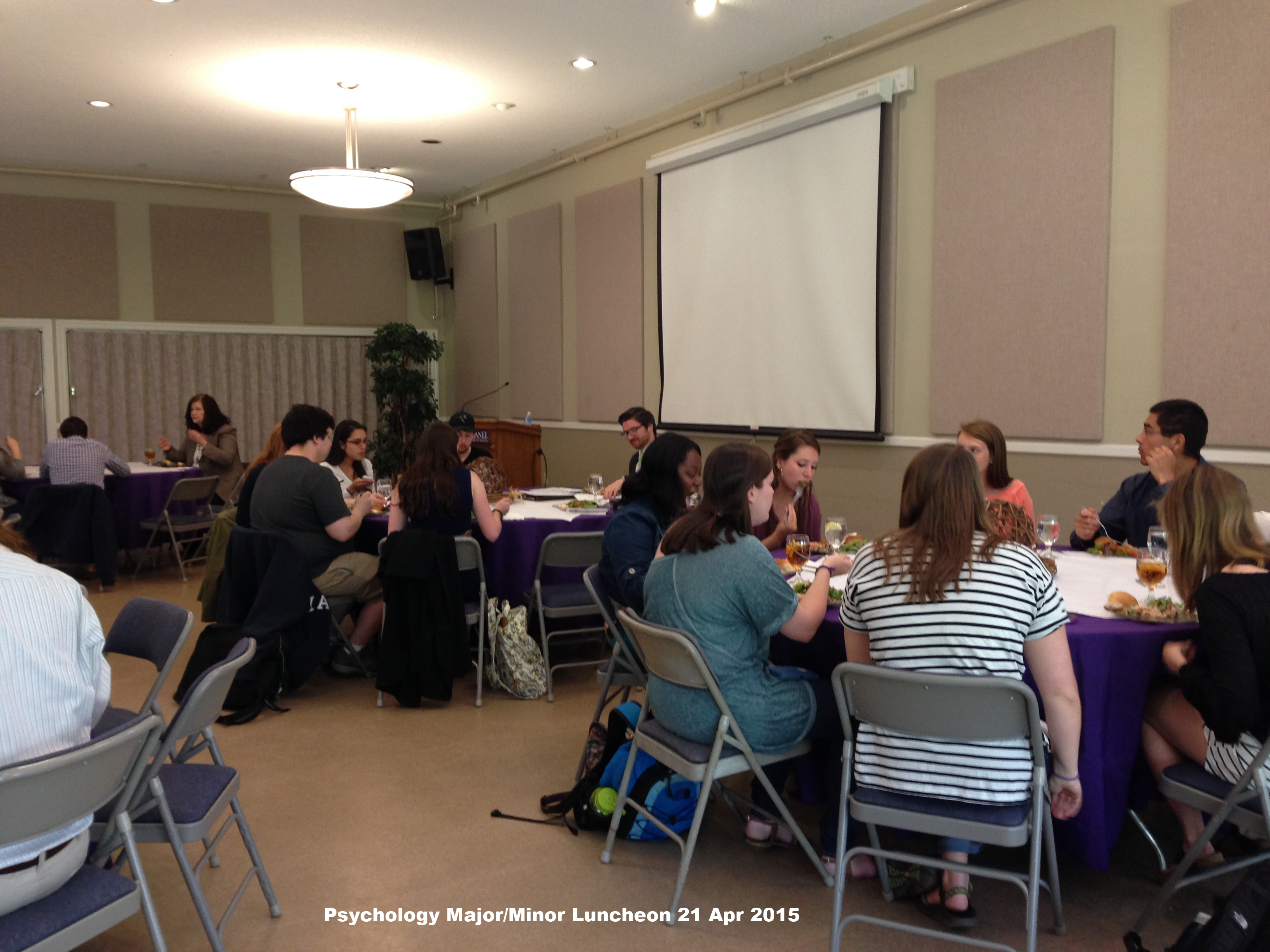 Students and faculty gathered in the Mary Sue Cushman Room at 12:30 on Tuesday, April 21, to reflect on the accomplishments of the academic year and to celebrate the 51st year of the Psychology Department. 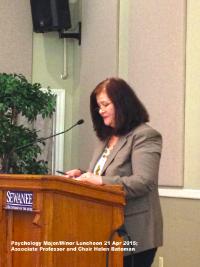 Associate Professor and Chair Helen Bateman welcomed everyone to the luncheon, particularly the 31 newly declared majors in the class of 2017.  She particularly welcomed the faculty members new this year –Jordan Troisi, Tim Jesurun, and Ben Craft– and noted the retirement in December of Nicole Barenbaum and the imminent departure, after four 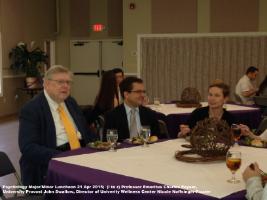 years, of Jessica Siegel.  She thanked the part-time members of the Department for their contributions this year:  Dr. Norman West, Dr. Nicole Noffsinger-Frazier, Dr. Sherry Hamby, and Dr. Hoss Craft.  She then welcomed our special guests:  three colleagues who are part of the Life Paths Research Program,  University Provost John Swallow,  and our ever helpful Faculty Technology Specialist Denise Davis.

On behalf of the faculty members, Dr. Karen Yu thanked Dr. Bateman for her service as Psychology Chair these past five years and presented her with a peace lily. 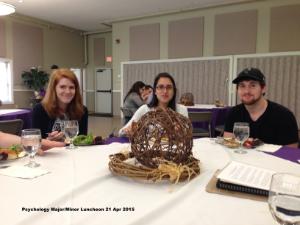 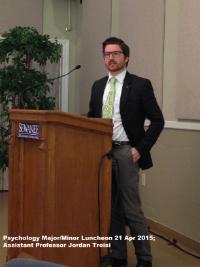 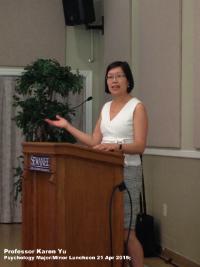 Program;  started in 1996 with a single Sewanee student, it has grown to 15 or 16 students the past four summers and to 29 students in 2015, including eight from other universities.  Two Sewanee students [among the 13 who are not psychology majors] are at Yale this spring semester in the Sewanee-At-Yale Directed Research Program;  early in the semester they reported on their experiences.  She noted with pride that Yale faculty want to have Sewanee students working in their laboratories.

Dr. Yu noted that the interdisciplinary course Psyc 230 Child, Family, and Community Development in Rural Appalachia has had a variety of guest instructors . . . including Yale and Sewanee faculty and local business leaders [see about a dozen news stories on the psychology web site].  The course is headed by Dr. Yu and Distinguished Visiting Professor Linda Mayes.  Sewanee and Yale have developed a variety of collaborations.    These cooperative adventures have led to the establishment of the Collaborative for Southern Appalachian and Place-Based Studies.

Dr. Bateman described the diverse future plans of a number of seniors, including several puzzling over multiple graduate school acceptances. 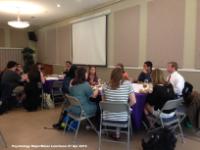 Assistant Professor Jessica Siegel then asked each of the senior majors to stand as she read the 35 names;  she noted that she considers the class of 2015 as “her class,” as they arrived in Sewanee together.  She then recognized the seniors whose ‌Comprehensive ‌Examination essay was evaluated, independently by two full-time faculty members, as meriting the grade of Distinction:‌