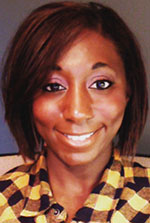 Dr. Tiernan did her graduate work at Western Kentucky University (M.A. in applied experimental psychology) and at the Iowa State University (2012 Ph.D. in Cognitive Psychology with a minor in gerontology), where she was a George Washington Carver Fellow.  Her dissertation was The Neural Correlates of Emotion Regulation.  She has taught at both the Iowa State University [including an honors course in Human Emotions] and Western Kentucky University.  She has published a half dozen articles in professional journals and made numerous presentations at conferences.  Her research interests include aging, affective information processing, cognitive control, and emotion regulation/dysregulation.

Dr. Tiernan comes to us from two years as Research Assistant Professor in the Department of Psychological Sciences at Western Kentucky University, where she mentored eleven undergraduate and ten graduate students.  Her appointment expands the Department from seven to eight tenure-track positions.

Dr. Nelson did her graduate work at the University of California, Riverside . . . M.A. and Ph.D. in social/personality psychology, where she received the 2014 Outstanding Teaching Assistant Award.  Her master’s thesis was The joys of parenting:  The (surprising) relationship between parenthood and well-being.  Her other major research interest is Positive Activity Interventions.  In the last four years her work has received media attention including Time, NPR, USA Today, BBC News, The Atlantic, and the Daily Mail.

Dr. Nelson is a member of the Association for Psychological Science (APS), the International Positive Psychology Association, the Society for Personality and Social Psychology, and Phi Beta Kappa.

While completing her dissertation last year, Dr. Nelson taught at Pomona College as an Instructor in Psychology.  Her psychology position in the Department was created by the retirement of Dr. Nicole Barenbaum. 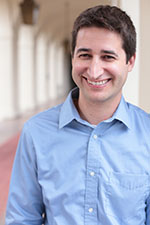 John K. Coffey II received his Bachelor of Arts degree from Creighton University in 2004.  With about 4,000 undergraduate and 4,000 graduate/professional students in Omaha, Nebraska, Creighton is one of 28 Jesuit colleges and universities in the U.S.A.

Dr. Coffey did graduate work at the University of Michigan—Ann Arbor (2007 M.S.W., focusing on Interpersonal Practice with child and youth) and at the Claremont Graduate University (M.A. and Ph.D. in Positive Developmental Psychology).  His dissertation was Deconstructing subjective emotion in middle childhood:  comparing valence, intensity and frequency.  At Claremont he held both a Positive Psychology Fellowship and the Jenness Hannigan Research Fellowship.  He has four peer-reviewed publications.

Dr. Coffey will be a Visiting Assistant Professor of Psychology.  Most recently he taught as an Adjunct Professor at the California State University, Fullerton and the University of California, Riverside. 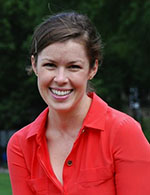 Katharine Seip-Cammack received her Bachelor of Science degree from Santa Clara University in 2004.  With about 5,500 undergraduate and 3,500 graduate/professional students in Santa Clara, California, the university is one of 28 Jesuit colleges and universities in the U.S.A.  As an undergraduate, Dr. Cammack earned Santa Clara’s Wilhelm Wundt Award for Excellence in Research, Academics and Service in Psychology.

Dr. Cammack completed graduate work at Rutgers: The State University of New Jersey, earning her Ph.D. in Integrative Neuroscience in 2009.  She recently finished a three-year Postdoctoral Fellowship at the Icahn School of Medicine at Mount Sinai (New York City).  She has eleven peer-reviewed publications and book chapters.  Her research uses rodent models to study the impact of drugs of abuse on normal behavioral and cognitive processes.

Dr. Cammack is a member of the Society for Neuroscience, Faculty for Undergraduate Neuroscience, New York Academy of Science, Phi Beta Kappa, and Psi Chi.

Dr. Cammack will be a Visiting Assistant Professor of Psychology.  She has previously held faculty appointments at Bard College and Hunter College.  She replaces Dr. Jessica Siegel.