Professor Clark received his B.A. from the University of California at Los Angeles in 1975; his M.A. from Queens College, City University of New York, in 1978; and his M.F.A. and Ph.D. from Princeton University in 1981 and 1988, respectively. Before arriving at the University of the South in 1989, he worked for six years at the Pierpont Morgan Library in New York, first as a curatorial assistant (1983-88) and then as an Assistant Curator of Medieval and Renaissance Manuscripts (1988-89).

Professor Clark's scholarly specialty is manuscript illumination in northern France and the southern Netherlands in the fifteenth century. In addition to numerous articles, he has published four books since 1997. The first was a commentary on a the Book of Hours made in Bruges, Belgium, around 1455 that was later owned by Isabel la Católica, Queen of Spain. Three years later, Clark published a monograph on the Ghent Privileges Master, a book painter active in the southern Netherlands from around 1440 to 1460. His study on the Spitz Hours, a manuscript made in Paris around 1420, was published in 2003 by the J. Paul Getty Trust. In 2010 Clark saw to press a commentary volume to accompany the complete facsimile produced by ADEVA of Graz, Austria, of the Da Costa Hours, a masterpiece of about 1515 by the celebrated book painter Simon Bening of Ghent and Bruges. 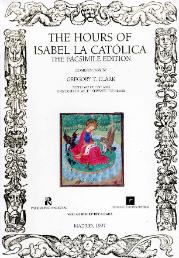 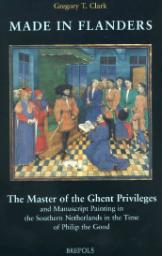