Rankings at a glance

The University of the South is listed frequently by various publications as among the nation’s top national liberal arts colleges, and is consistently ranked as one of the top five in the South. Those rankings highlight the unmatched educational experience and value Sewanee offers.

Is it nice to be recognized for doing a good job? Of course. But rankings can’t measure the qualities that are most important in determining whether Sewanee is a good fit for you.

The rankings often offer reliable information you can use to compare individual schools—things like student-faculty ratio, the number of students on campus, and the range of majors available. Some ratings, however, might use questionable methodology for their analysis, or use data that is not current, or base the score on unreliable surveys. Read the fine print about how a ranking was produced—they’re all different—and take the results with a grain of salt.

Remember that there's really no way to objectively measure things like college quality, campus atmosphere, and outcomes. Decide the college features and measures that are important to you, and look for a school that gets good marks in the categories that matter to you. Connect with an admission counselor to learn more. 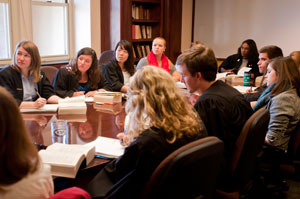 Sewanee was also on the separate list of “High School Counselors Top Picks” (four years in a row!) and the “Best Value Schools” list.

U.S. News primarily ranks institutions based on reputation (peer assessment) and inputs (data regarding each freshman class, university financial resources, etc.) rather than on outcomes, although this emphasis has begun to shift slightly. A school’s ranking can move up or down several places from year to year, even with little to no change in the school’s actual point total.

Sewanee ranked second in Tennessee in “Best Colleges for Your Money”

MONEY drew on the research and advice of top experts on education quality, financing, and value to develop its analysis of more than 2,400 colleges and universities. A total of 727 of the nation’s best-performing colleges made up the magazine’s final list. Schools were ranked based on 26 factors in three categories: quality of education, affordability, and outcomes. 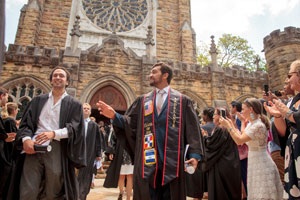 Sewanee was also a Forbes “Best Value College” for 2018 – a group of only 300 schools ranked to “help students and their families evaluate the likely return on their investment.”

And Sewanee is #50 in “Grateful Grads 2018 - 200 Colleges With The Happiest, Most Successful Alumni.” Says Forbes, “At its core, the goal of most colleges is to produce happy and successful graduates who give back. So instead of crunching the usual ROI metrics—like employment statistics, salaries and job placement stats—Forbes developed a proprietary ranking we call the Grateful Graduates Index.” 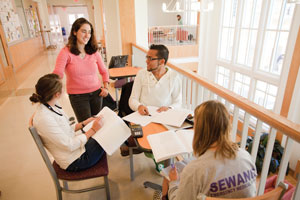 Sewanee was named one of the “Best 384 Colleges” (Princeton Review does not rank schools) as well as a “Best Regional College.”

"We picked the 384 'best' colleges for our book primarily for their outstanding academics; we highly recommend each one," said Robert Franek, the Princeton Review's editor-in-chief and the book's lead author.

Sewanee was named a Best Buy—one of only 18 private colleges and universities in the U.S., Canada, and the UK to be listed. For more than 30 years, Fiske Guide to Colleges has chosen a select group of schools, noted for quality academic offerings and affordable cost, for its annual Best Buy list. 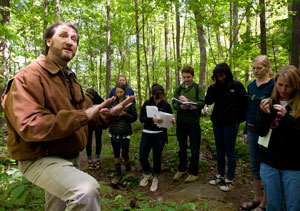 College Consensus is an aggregate ranking that brings together data from college ranking sites like Forbes, Wallethub, and U.S. News & World Report, plus student review sites like Cappex and Niche. All of a school’s rankings make up the Publisher Rating, and all of the student reviews form the Student Review Rating; the Consensus Rating is the average of the two.

College Raptor is a mobile-first college planning platform that helps identify academic and cultural fit, as well as personalized estimates of actual cost. This selection recognizes Sewanee as one of the best colleges in the country, based on a combination of factors including graduation rates, campus diversity, and other key metrics. 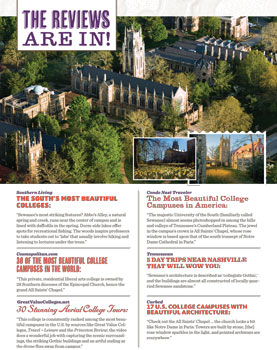 “One of the most beautiful colleges in America.” If you’ve visited or seen the photos, you know Sewanee is stunning. See what others say.

Some things to consider

A Forbes column (August 2018) gives a synopsis of 13 different ranking efforts, including the best-known as well as some new options. The overall conclusion? With a few exceptions, there’s not much difference among the various ranking systems (even when being different is a goal):

“Although all the rankings tout their methodologies, there's really no way to measure things like college quality, atmosphere and outcomes objectively. Data can be collected and inferences made from the percentage of graduates going to med school or teaching, but these are only generalized guidelines. You still need to do the legwork yourself.”

“Inasmuch as all of these rankings rely on, and compile, objective information about the schools they examine, they’re useful. But all of them also make subjective value judgments about what’s most important in higher education, and those judgments may or may not dovetail with a student’s interests.”